A number of years ago I had the privilege of attending a workshop with a great inspiration of mine: David Alan Harvey. I came away from that week with a ton of important and subtle insight. One bit of wisdom was “Shoot everything”. This was not in the context of an assignment but in general life. If you see a beautiful scene or moment capture it! Even if there is no professional use for the image, especially if there is no monetary value, get the shot. You never know what it’s real, meaning internal, value could be.

I came across this frame in my archives a while ago. I remember turning away from what i was supposed to be photographing for the client, seeing the composition, shooting it and then getting back to work. Those ten seconds took nothing away from the job and added in this little slice of time. 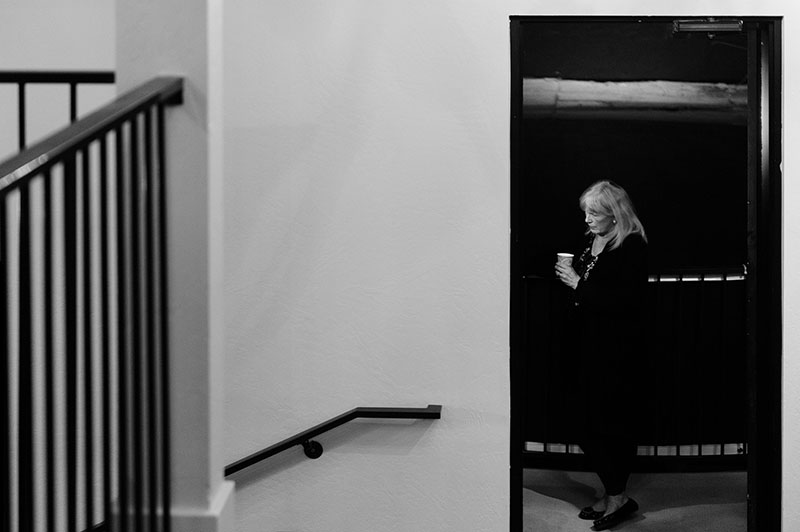 Had an amazing time on assignment for the UK Daily Mail doing a piece on Travis Rupp a beer archaeologist working for the Avery Brewing company.

You can read the whole story here.

Alrighty then, time for a trip in the Wayback machine. Have your helmets on? Here we go! (Wooosh!)

Once upon a time photographers used this material called film for making pictures. It was the best stuff at the time. Most professionals used canisters that contained 36 frames at a time. Then you would have to put in a fresh canister, after that is you rewound the pictures back into the can. Seriously, I'm not making this up. If you were going to be shooting a lot would would carry a bag of these little cans with you. Football games were the worst as you would have to drag around maybe 50 of the little buggers around in a separate bag. Total inconvenience. How if you had to keep shooting without the chance to put a new can you really only had one option. This beast: The Nikon F3 with the massive MF-4 250 frame back.

As you can see you didn't really hold the camera when equipped this way. Rather it was mostly used for scientific or special remote applications where it was mounted someplace. Space shuttle launches and the like.

I remember coming back to the newspaper from an assignment and my editor looking at me like I was crazy because I shot 8 rolls of film. That came out to a whopping 288 frames. But that's not as bad as one guy who had shot 22 rolls for an early morning special edition where our instructions were to shoot 5 rolls or less because we all had to process said film on a super tight deadline. 22 rolls? What was this guy thinking? He's trying to kill us or something.

Well it's almost amazing how the whole digital photography thing has changed our concept of shooting a lot of pictures. Oh you can get out of the Wayback now. When digital hit we thought that we would be shooting less because we had the playback ability and therefor know if we "had the shot" and no longer needed to shoot extra to cover us in case something that we weren't aware of happened. No playback with film ya see. Well we were wrong. We are shooting more because of things like this:

You can get more than 400 photos on cards like this and since they became pretty inexpensive you tend to carry multiple cards. The hard drives that we store our photos in sure beat the file cabinets that would store our film. In fact it's amazing to think that a one terabite hard drive will hold about 50,000 12mega pixel raw files. That's about 700 rolls of film in a space the size of your hand.

Ok the moral of the story is: digital has made it so that we can shoot and shoot and shoot and in that way alone has opened up visual possibilities. The fact that I can stay focused on my subject for lengths of time that a decade ago would have been impossible. Ever tried to load film while hanging out the door of a helicopter? Or in a riot or it's close cousin the post game sports scrum? Not fun.

Now I'm not a fan of the ways that digital photography has tied us to our computers and put us on a continuous learning curve with our ever changing tools. However the ability to shoot as much as I want until I get what I and the client needs is superb. Since I like to carry as little around with me this frees me up. A little card wallet gives me a long days worth of shooting. A smallish Pelican case holds my digital archive drives that would take up a a good part of a room if they were all on film.

The moral of the story is: I still occasionally like shooting B&W film but only in moderation for the certain look that it produces. However being able to walk around with the equivalent of a garbage bag of film in a case that fits in my shirt pocket is superb. That I can safely store a years worth of my photos in a space the size of a paperback book? Yeah, that's cool. And in case you haven't guessed it … I really don't miss shooting film.

… to be shot down in flames! So goes the classic AC/DC song and that’s how I felt dear readers. What am I – Emily Post? My rodeo queen pageant story was going along nicely. I had a great subject, Rachel, who gave me both enthusiasm and openness – heck she was down right helpful! I was covering the back story of her and her quest to be Miss Rodeo Colorado and I thought that I had a smooth ride for my client. Then I got to the pageant and had my ticket pulled. I found out that although the organizer of the event expressed her delight at my coverage I would be given no special treatment and that means no special access.

It seems that the contestants are sequestered for the bulk of the 4 day contest and nowbody except the judges are allowed to be present while most of the serious contest stuff goes on. You know: the "nuts and bolts" the "Nitty Gritty" the "All the marbles" thing. I was allowed to attend the public appearance parts but no "back stage" of any kind. I was told that I would have "a few minutes" to interview the contestants but technically, they aren’t even supposed to talk to me or any other person who is not a judge of a member of the pageant committee. My media credentials essentially amounted to not having  to pay $5 to attend their mid pageant "Ice Cream Social" where they are judged on their interaction with the regular people.

So no access, no story. The story was killed and I am bummed out. I’ve wanted to do this story for over 3 years and it seems that the reason that you never see stories about them is that they are all behind closed doors. Doesn’t that seem to be at odds with wanting any kind of publicity? Oh well ..