At the edges; an afternoon moment 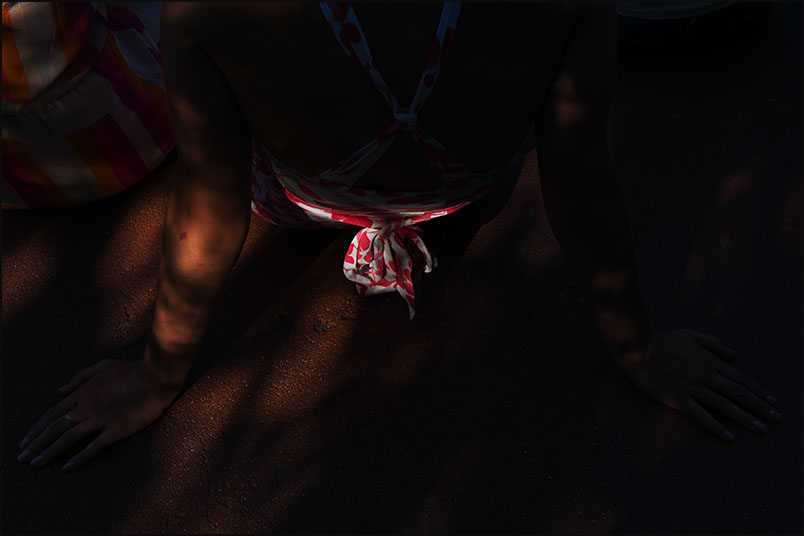 I was someplace waiting for something to happen. Typical story so far. The other typical aspect was that the time that I was told to be there was wrong by about 45 minutes. I was so early that there was seriously nothing going on. So I did what I always do: go looking for photos – ones that I see and want and the client most likely has absolutely no use for.

After wandering about for a while I looked down and there this was this dappling of light through the trees that made a kiss of light on this girls arms and the tie at the back of her top. Dunno about you but it feels like a summer evening to me. Two frames and done.

It is often a good idea to as we say “Arrive early and leave late” because so many things happen at the edges of both events and also light. This one happened at both edges simultaneously.

I wish I was paid more often to make photos like this one: it’s so much more interesting and satisfying than just about anything else that I do.