That not a studio … that’s a closet!

I got a call from the editor of the varsity magazine for the University of Nebraska. It was the kind of assignment that sounds wicked cool: “Need photos of a hall of fame football player Dale Klein who is now an aerospace engineer who works on rockets and satellites”. After chatting with Dale I got pretty hyped as he told me about the huge mockups of rockets in their building that would be great backdrops and props for the portraits. Visions of all sorts of neat-o images were dancing in my head as I drove to the campus where Dale works. However that pesky little voice, like the Roman auriga – the guy who drive big wig generals and such around, was whispering in my ear reminding me that “you are only human”. Meaning … wait for it hot shot, don’t get excited yet.

Sho-nuff, when I get there we find that due to the high security of the goings on there I am allowed to photograph Dale in a conference room about the size of a large bathroom. What? No towering rockets and big engines and all that? Oh … kay … now what?

Improvise! It really helped that Dale is a super nice dude who was good enough to bring a bunch of memorabilia from his glory days. Props really help liven up a dead shoot ya know!

Thus, given a tiny room that is mostly taken up by a big table and chairs and limited time I went to work. I immediately came up with three set ups that I could quickly set up that were essentially next to each other which is critical as I could barely fit Dale, myself and my lights into the small space that I had to work with. You see, setting up, testing, shooting, tearing down and repeating the process three times eats up a lot of the clock. Being efficient is critical if only because you can’t only keep your subjects energy up and focused for so long. 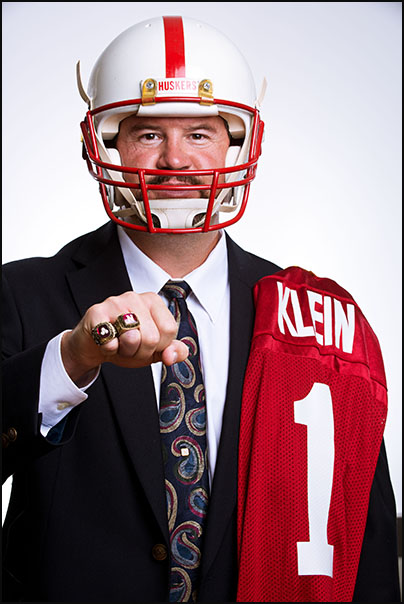 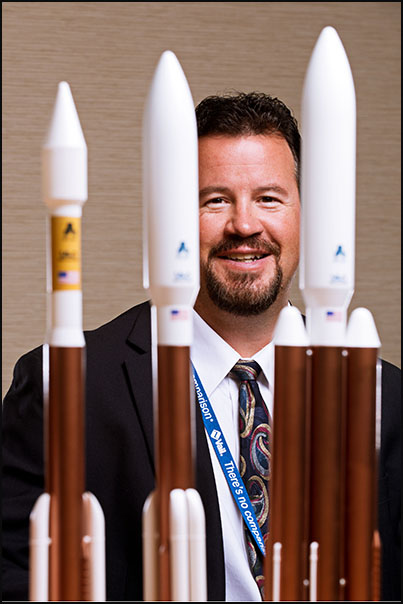 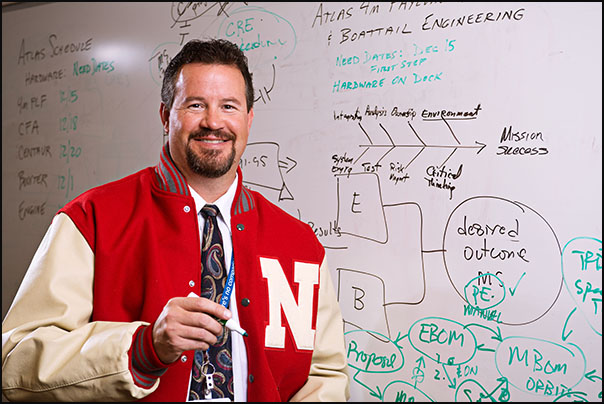 Then at the last minute I got an idea. I begged for three more minutes of Dale’s time, grabbed the jersey that I had taped to his jacket, gotta have lots of gaff tape on location folks!, and draped it between two stands to give me a red frame for him. This is my fave of the day. 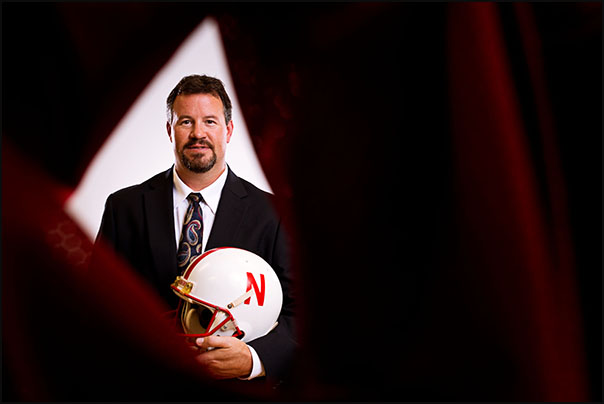 As the end of our session, my brain hurt, my editor was thrilled and I felt that I once again pulled a hat out of a rabbit. Never say die. There is always a solution, you just have to work hard.