Two things came up lately that has prompted me to make this confession. First off I came across an interesting opinion piece on PetaPixel where the photog who wrote it talks about how heavily modern commercial and PR photography relies on digital image manipulation. I won’t call it “retouching” as reconstruction is more like it. The reliance is so great that in many ways the industry depends as much or more on PhotoShop than the photographers who supply the base images for the manipulation.

We know what we are talking about: composites where the final image is made up of 30+ separate shots, bodies of famous people being reshaped, skin being rendered into that which resembles a rubber mask devoid of texture … all that rot. Images that look impossible because they are. They are fantasy. Illusions. Somebodies preconceived notion of what things, and people!, are supposed to look like.

As a result we have a populace who feels inadequate with their appearance, “I must be ugly. Look at how perfect her skin is in that ad!”. They feel like failures because their lives are pale and hollow in comparison to the dream like worlds that their favorite celebrity seems to live in. They believe what they are shown even though what they see is a lie being told in the name of commerce.

The second is that I made a new friend the other day who is a professor of political science at UC Davis who’s research focuses on the media and how what it does effects our society: policy and discourse. We got to talking about her work and the reality that people are misinformed constantly by the media. Not that it’s a huge conspiracy, it’s just the way it works. That and the fact that the media is owned largely by only 6 or so companies so there is very much a unity of voice in the news world.

Since the bulk of the media is based on things other than factual “news” reporting, things like (fashion, sports, entertainment) most people form their opinions about what is important from as much commercial/advertising imagery as they do from supposedly unbiased reporting because they consume so much of it all. Yet when you look at how when one bit of misinformation gets through the news fact checking filter it becomes very hard to remove it from people’s minds. Fact becomes fiction. Moon landing anyone?

When you add it all together it’s amazing that anyone knows which way is up anymore. Maybe we don’t.

I try. It may be futile but I’m going to give it my best go and always. I was thinking about all this and it hit me that I am a visual non-fiction storyteller. I don’t retouch. The clone tool is to remove dust spots not blemishes. I don’t/won’t try to create imaginary worlds for my subjects to be superimposed upon. Every image that I show in my folio and to my clients is a real moment. No fakery. No “I’m so clever” going on here. If I were to do so it would, to me, mean that I am more important than my subjects. Than I can create reality better, whatever that means!, than the most splendid thing that actually exists. Mostly though, if I am a fiction photographer, what purpose do I serve? What is the intent of my work other than to make money and aggrandize myself?

No, that wouldn’t do. Let me instead elevate the common. To show the strength, nobility and decency that lies not just within us but around us as it quietly goes about its humble work. Yes, let’s do that. I promise to show you the truth as I see it in all its imperfect glory. 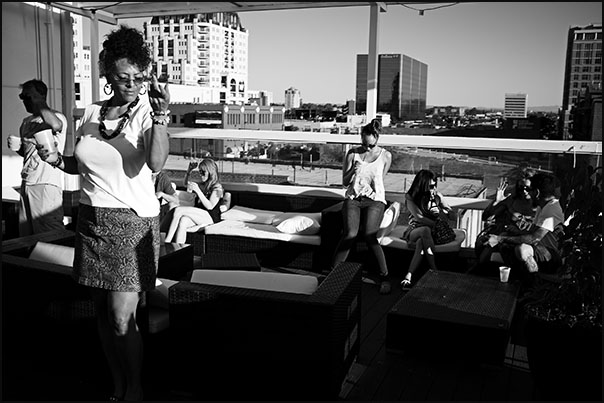 P.S. For those of you in the fiction creation world: no offense intended. I’m pretty sure that you live at a pay scale that guys like me will never touch. Must be nice. But my heart just can’t let me live happily on those terms.