Staying in the digital underground

I often say that illusions are important to maintain. We all keep a certain amount of fantasy, healthy delusion, mystery and in some cases outright subterfuge in our lives to get by. Generally there is not only nothing wrong with it but in fact it’s both normal and necessary. Heck sometimes it gets us out of bed just so that we can be productive “I gotta go to work, can’t let the team down”. Especially when you know that you could go absent and it wouldn’t really effect productivity.

The main illusion that I maintain is that I am unbiased and unaffiliated. I am biased and I have some pseudo-affiliations but I do my best to keep all that to myself.  This isn’t easy when we live in the era of instant information. Keeping your “digital fingerprint” clean and undetected requires a bit of work.

Shortly after Google became, well Google, I tried out the new search engine by seeing what came up in searches for a variety of things including friends and family. This was before people widely did this and the results were for the time shocking to me. I mostly found almost nothing on the people that I knew but I found one result that changed my life. I got a link to a PDF of a petition that my mother signed stating her support for some local issue or whatnot. There it was, her name, address and signature online for all to see. Now the petition wasn’t anything damning at all but the ability to so quickly acquire a link between my mother and some politically motivated action on her behalf floored me.

Fast forward to today and many of us, because of Facebook alone, have come to realize that when you post that embarrassing photo of yourself it can come up to haunt you. People have lost their friends and even their jobs because they forgot that when you post something to the net it is essentially on display for the whole world and forever.

As an independent journalist I can’t afford to appear to be in any way unprofessional or be perceived to be actively working for any sociopolitical outcome. Thus I speak my mind in person to people who I know and trust but to all others, especially the internet, I keep my opinions to myself. I am not a member of any organization that is potentially politically active or takes any overt political stances. I don’t sign petitions and don’t write checks for donations to the cause. I keep my politics quiet and my professionalism above board.

Otherwise I could be denied access to any person or group who decides that upon doing a quick search to see who this guy is that wants to do a story on them isn’t going to be fair because they found this and that on the web that displays, to them, my bias. Ever tried to get the Secret Service to let you photograph a head of state or powerful member of the government? They do a lot more than a simple Google search on you. But all modern gate keepers know to see who you are and verify if they want you to have time with their important person. So if I was to, say, get an assignment to photograph the president of the big regional power company and their PR department found that I signed a petition just last month giving my support to a state measure to fund wind power, they might tell me that the president was “unavailable at this time to be photographed.”  Boom!, the door is shut. It happens.

So I keep it all professional. I realize that because of what I do everything is “on the record” and reflects upon me as a professional. That information can/will be used against me and I may never know it when it happens. If publications are denied access because of their printed bias then I can be denied because of my digital bias. As a good friend of mine says “that vigorously inhales!”

On a lighter note: here is a funky out take from a shoot that I did the other day. Always shoot what is interesting even if it doesn’t “fit the story”. 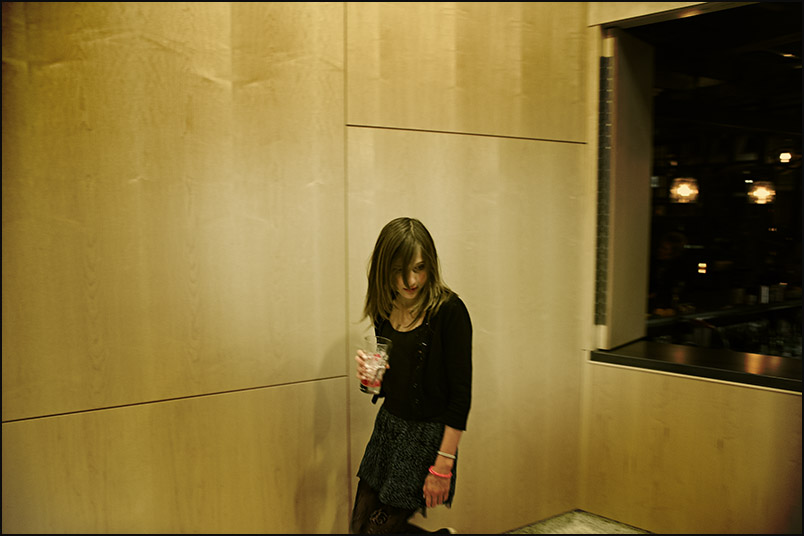