Backed in a corner

Even when you have a plan, especially when the client has a plan, I always assume  that if something doesn’t go to plan I need a backup and maybe a backup of my backup. As was the case when the Wall Street Journal sent me to photograph the new CFO of Ch2MHill for a story about how he is trying to expand the company’s ability to put mobile technology at the ready which will not only save them money but give them an advantage over their competition.

Now I was given, as is often the case with jobs like this, they had a shot list for me and one of the things that they wanted was that along with a few portraits I was to shoot him at work and interacting with the people at the company if possible. Ok, cool. My kind of thing. So being me I brought along a lot of gear as backup. Even if I could have pulled off the job with one body, and a fixed lens with a small softbox for fill I packed the car with options. Just in case.

As I was lead around to scout my shoot I quickly found that the building was very cool with all kinds of neat large and small architectural elements that would have made for interesting images. I was especially interested to find that the subjects office was not much bigger than some of the cubicles and had a frosted sliding door that allowed me to see him at his desk and with a wide lens sweep around to show other parts of the office floor. After about five minutes of walking about I had a load of ideas and was getting excited. However there was a “but” with every locale and that was my handler needed to get permission for any place I was to photograph. Granted they are a huge engineering company but we were in their admin building and on a floor that had nothing to do with their projects. There was no way that I could see anything proprietary. So I was told that I could put my gear in the conference room and wait for permission on my location.

I was eventually given permission to photograph him in my choice of three locations: the lobby, in front of the building or the conference room. That’s it. Not even in a hall way because, well, because. So much for anything documentary and let’s face it one of the worst things to ruin your photographic mood is to be told by your handler that you are to photograph in a conference room as they all look like what they are: pretty hard to make them look like anything else. Oh, did I mention that now I was going to be given only had about 15 minutes to shoot him? Joy!

So forget everything and make it up pronto. I figured that I needed to do something on seamless if only to break up the coverage and give the layout people a text overlay possibility. I brought a seamless but noted that they already had a large projector screen that was down. I decided that it was perfect and left it there. My plan was to use the screen as a seamless and then simply have them raise the screen when I was done with it. That way I didn’t have to break down a seamless and stand setup so as to be able to use the rest of the room for wider shots. From there I made a plan of where I was going to have him, what lens setting and lighting I wanted and preset everything up in my head and physically before he walked in. So I cranked out seven setups/looks in about 15 minutes all using the one room. Granted it was a cool conference room which really helped. 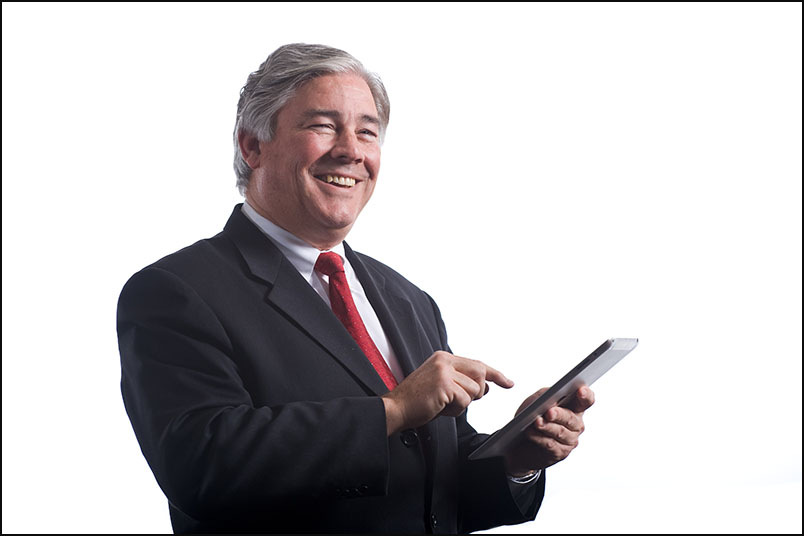 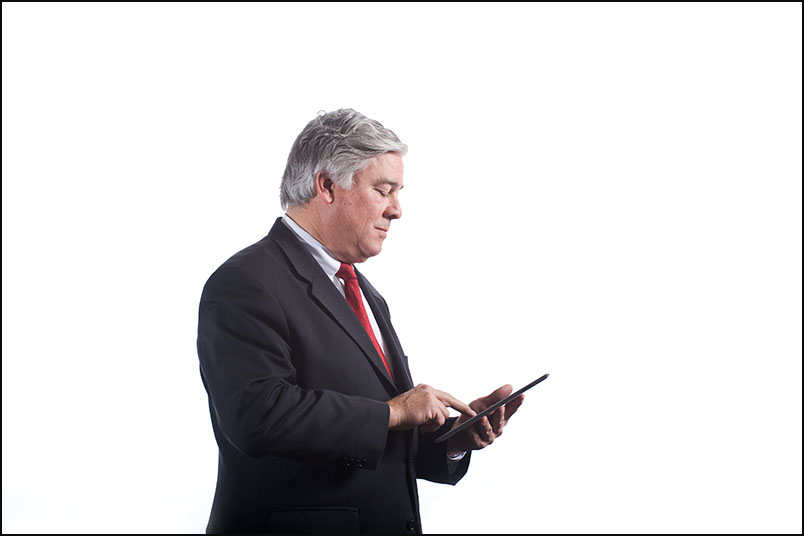 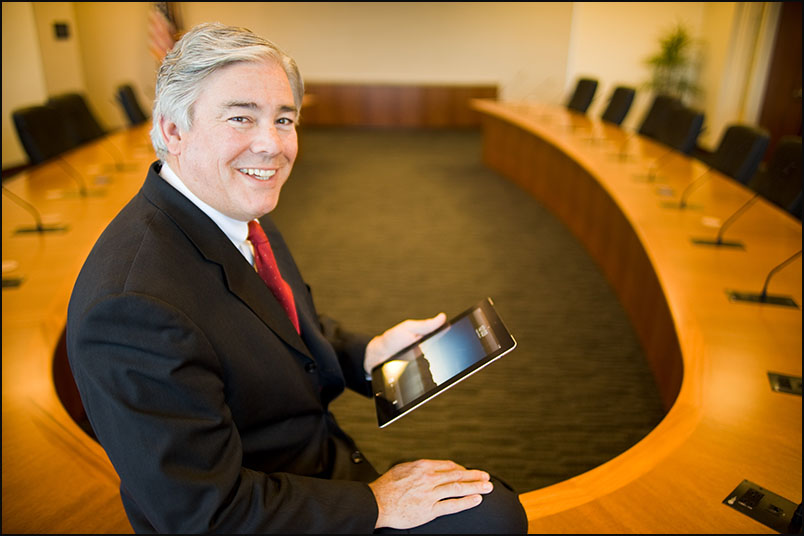 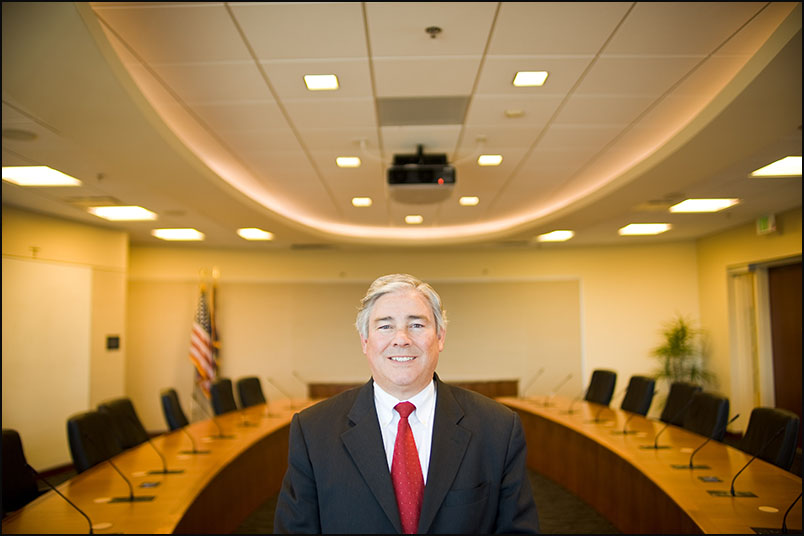 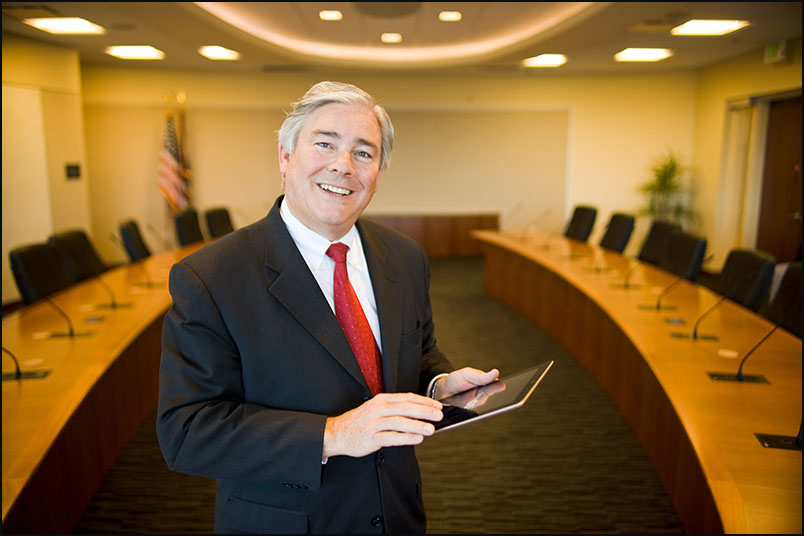 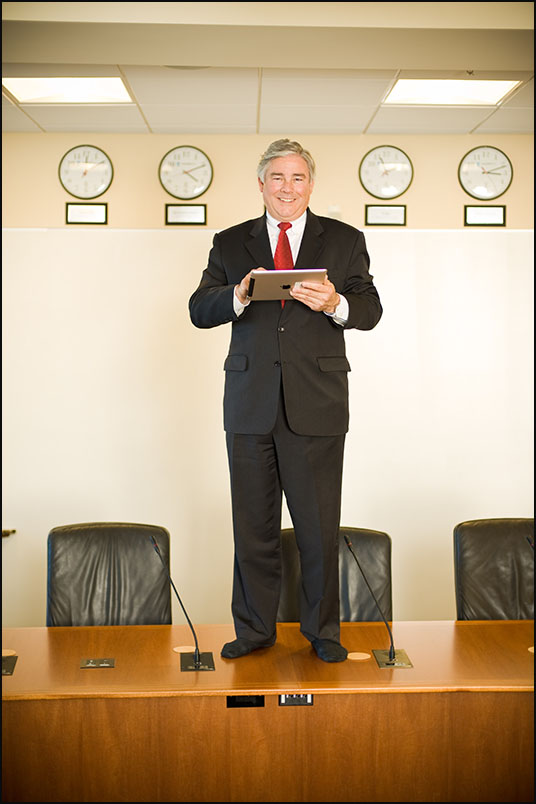 One thought on “Backed in a corner”