It was the kind of phone call that only a few of us get excited about. It went something like this:

“We’d like to send you to Nebraska in the middle of winter to to photograph a farmer way the heck after harvest for a story about the harvest. We have no idea if anything his happening but we need the photos in three days and if possible enough coverage to put up a photo gallery on the web. Are you up for it?” A sane person would tell the person on the other end of the conversation to see their doctor about getting a stronger prescription for their anti-psychotic drugs. But a lunatic like myself said “Diggity! I’m on the way.”

Off I went to shoot a package for the Wall Street Journal about the historic event of China buying huge amounts of sorghum from US farmers, like Mike Baker the guy with the farm in Nebraska. This started in 2013 but got big in 2014 and the demand is increasing. So much so that farmers like Mike are now selling sorghum for more money than corn on the open market. That’s a big deal. Especially in Nebraska home of the “Corn Huskers”.

Well they were right: not much farming going on in January or as Mike calls is “the down season” where he usually spends quality time with the family and was about to go with them to Mexico for a week of scuba diving. Much nicer than the 5 degree weather we had that day on his wind swept farm out on the plains. But Mike is a great guy and I just hung out with him for the day as he was going to take a truck load of is sorghum to market in neighboring Kansas where he could get a few extra pennies a bushel.

This was a lot of fun. I’ve been going loads of portraits lately and not that much reportage so this was so refreshing. My new-ish setup is still two bodies but now with my trusty 24-70 on one body and my 50mm f/1.4 always set to wide open on the other. That’s really the way that I’m seeing things now: back to basics just me and the subject whenever possible. However when Mike headed into the silo I grabbed my well worn 17-35 for the shot of him peering out of the hatch and the shot of him inside the silo. The light in there reminded me of Edward Westons peppers series. The way that it subtly bounced around was pretty cool. The sorgum in my shoes, down my neck and all the irritating dust from that stuff was just horrible. My eyes and throat were raw for about two days afterwards. Oh well. You sacrifice for your art. Right? 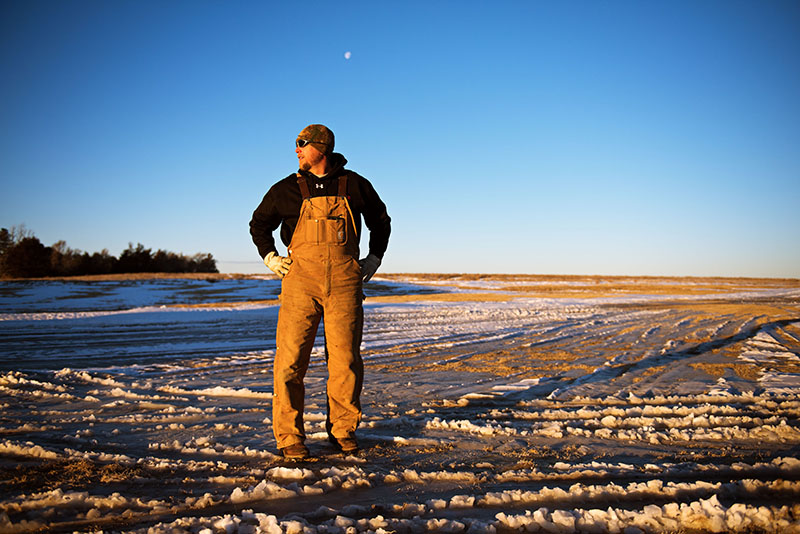 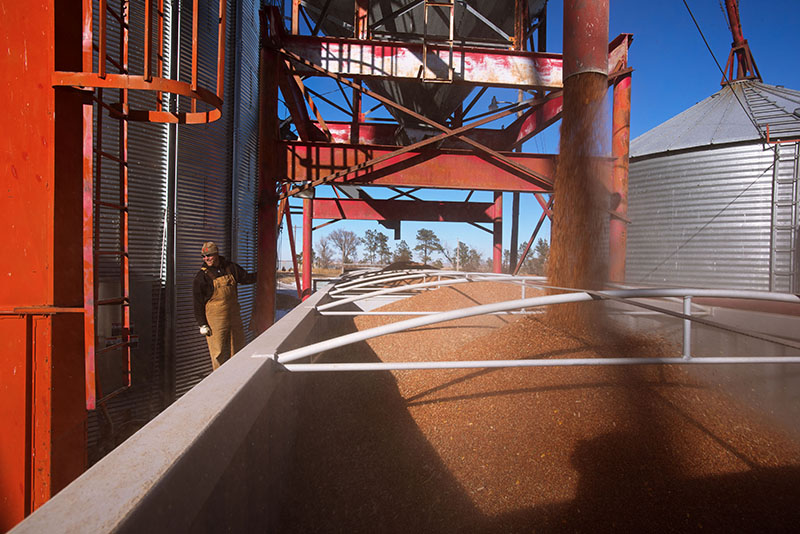 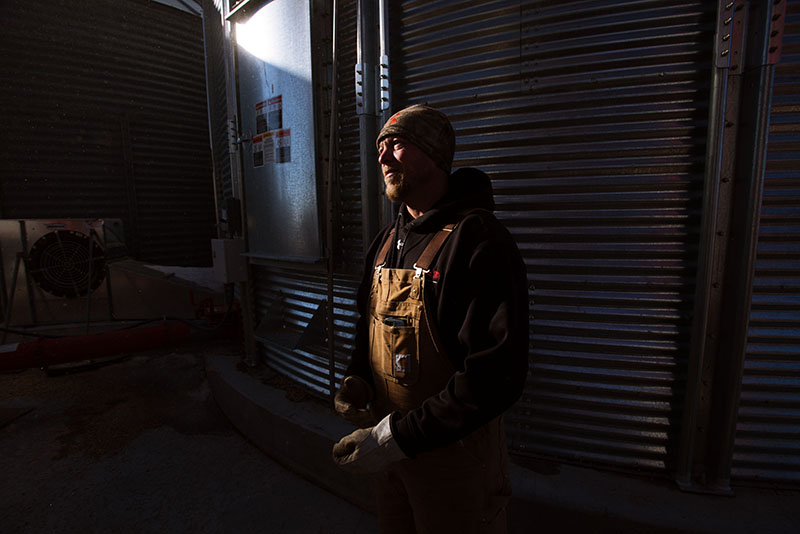 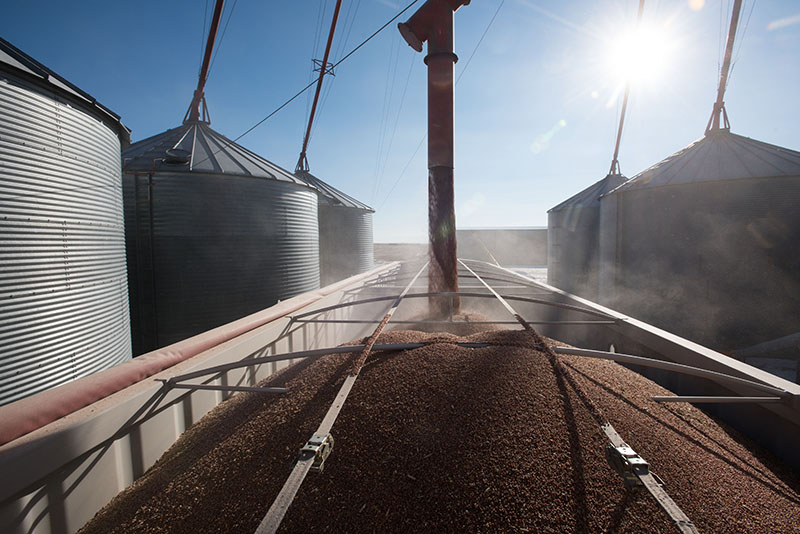 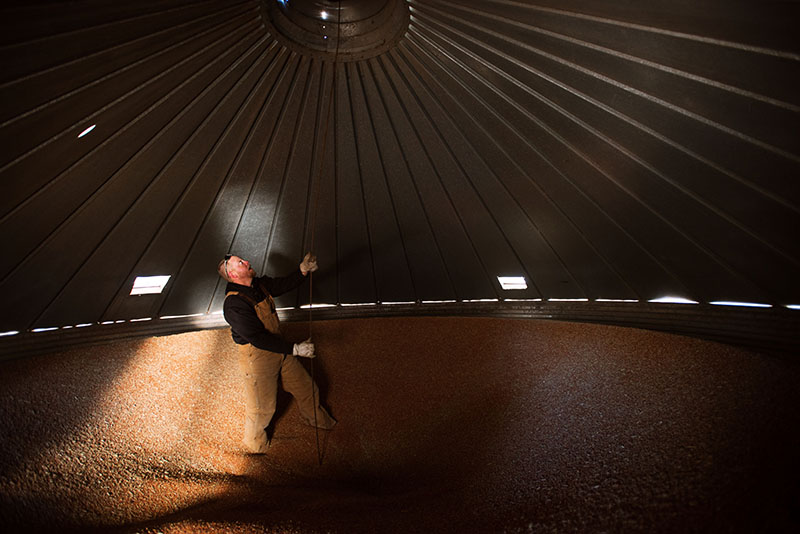 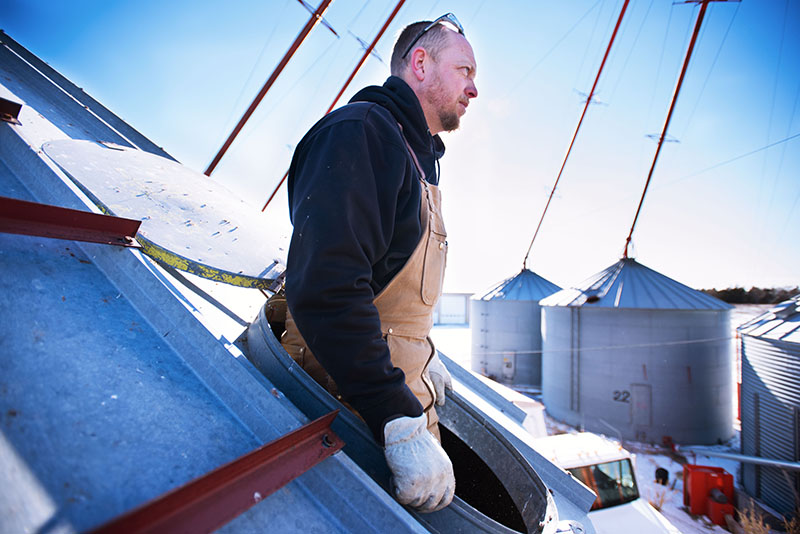 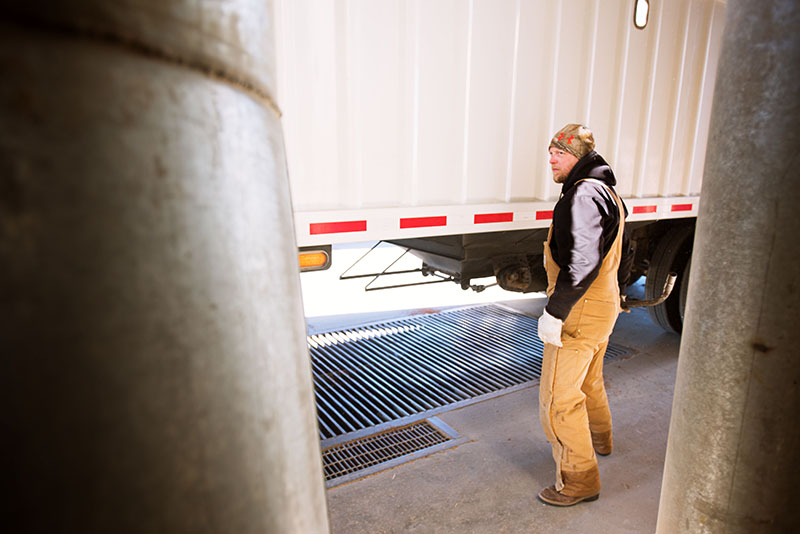 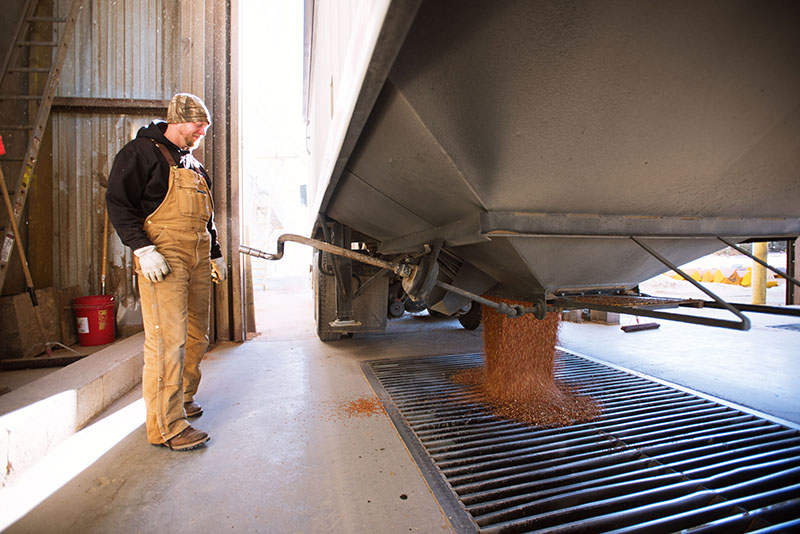